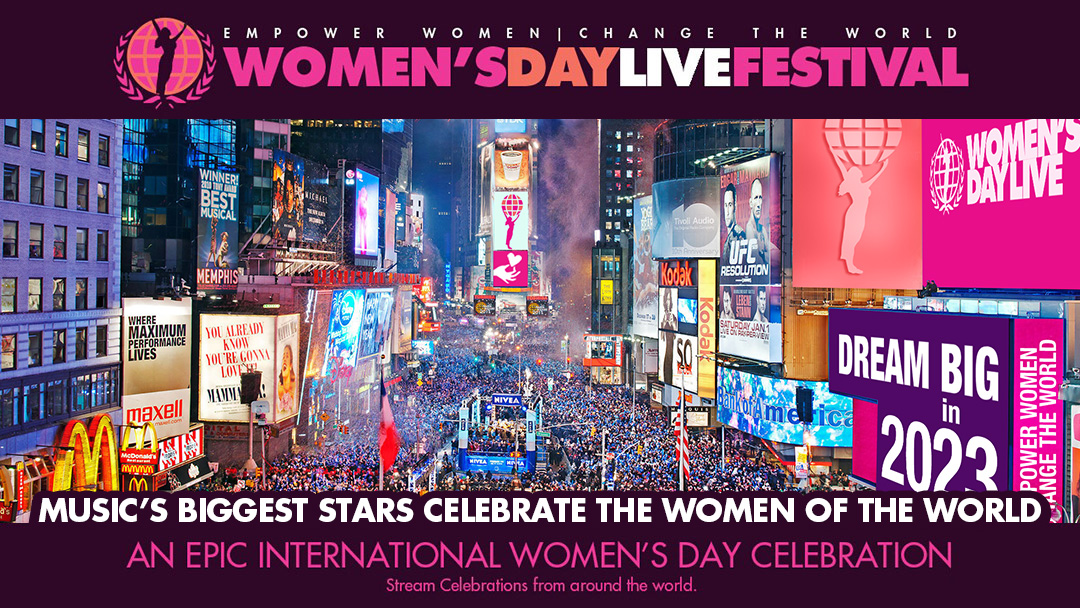 The world is at an inflection point. Our innovative approach to globe-spanning philanthropy and a bold Women’s Economic Empowerment initiative will create a sustainable model for impact investing.

Antonio Gutteres at the U.N. said the world is hungering for international collaboration. I am calling on your visionary acumen to take a global leadership role on the world stage to HELP mobilize the global community to act now.

Working together we can be a powerful catalyst to help aggregate billions in Humanitarian Aid and International Development Aid to go to Women’s Grassroots Funds where it is proven to have the greatest impact.

We will institute the Women Aid International Funds to raise capital from the private/public sector for a micro-finance Fund for Entrepreneurs worldwide.

We will have unparalleled access to the world of entertainment, technology and culture to herald a new era of change and progress for the future of humanity.

Harness the power of music, media and technology to galvanize support for UN Women’s Generation Equality Action Coalitions, the world’s roadmap to advance gender equality commitments and the United Nations Sustainable Development Goals. This is an unprecedented opportunity for a global mega-phone to inspire action.

Never have sources of funding been more critical. WDL offers innovative globe-spanning philanthropy to create the biggest live global interactive social networking event in history. From Live streams, telethons, to digital homes across all time zones and geography. All NGO’s can use our Festival Branding, fund-raising platform and campaigns to benefit their charities.

MOBILIZE A GLOBAL CAMPAIGN FOR A UNITED GLOBAL EFFORT

Join us as a powerful strategic partner to help fund and spearhead this initiative. For this to happen in March, we need to be in production now.

We invite every city and country around the world to join us in celebrating their nation’s women. Host cities include Toronto, N.Y., Rio, Mumbai, Berlin, London, Tokyo, Dubai, et al. All tied in with a sensational Hollywood and Bollywood Telethon.

The former President of the UN assembly offered to invite all countries to participate in supporting and celebrating their nation’s women.

CANADA, THE U.S, FRANCE AND THE UAE LEAD A GLOBAL EFFORT

CANADA with the U.S. can take the lead along with France and the UAE to expand the International Feminist Development Agenda across the world, a game-changing investment in women’s grassroots funds, that Prime Minister Trudeau launched in 2018 when he hosted the G7 Summit, which President Macron supported as well when he hosted the G7 in 2019. Billions were pledged for International Development Aid for Grassroots Funds. It’s time to deliver.

USHER IN A NEW ERA FOR WOMEN & GIRLS

Artists, visionaries, corporate and world leaders are invited to play a vital and significant role in changing the future for the world’s women and girls. Produce a pop culture global entertainment spectacle to share our common humanity to inspire a new vision of hope for the future. God knows we need it.

Unless we change the cultural view of women and girls nothing will change. This cross-media global platform will be the most sought after once in a lifetime multi-screen experience of our generation.

Join us to celebrate the transformative power and value of women and girls in global society today. It is time for change.

THE TIME IS NOW